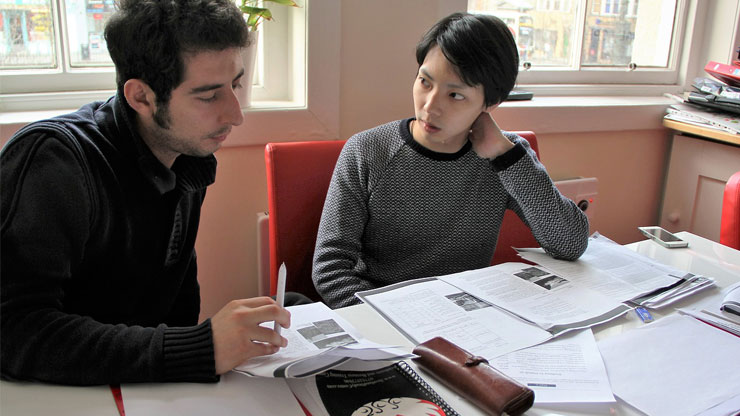 How to Resolve the Trouble of Expressive Language Disorder

The trouble caused by expressive language disorder is always bothersome but can treat technically and patiently through various speech therapies.

Quite naturally, some late talkers grasp the traditional language milestones a bit late in the first three years of their life, but once through with, they become flawless speakers. If they fail to do so, they are sure to be suffering from the expressive language disorder.

What does expressive language disorder mean?

When a child finds it difficult to deliver information through expressive speech, writing or sign language, he is said to have an expressive language delay. Such a child keeps struggling with suitable vocabulary, grammatically correct and long complex sentences, recalling and remembering words. Words often fail him though he is quite able to understand verbal and written communication all the same.

What Causes It to Happen?

If your child is a victim of toddler speech delay and is showing signs of poor expressive language, you must be aware of which of the following is the prime most reason behind all this.

What Symptoms Does the Victim Show?

Usually, the victim child has acute problems in speaking long phrases or complex sentences. His vocabulary is smaller and more basic as compared to that of his age fellows. A lot of grammatical errors are besides because of the inability to join words and phrases in a meaningful combination. He tends to speak only two-to-three-word sentences and often repeats the question asked from him instead of making a logical reply on his own.

Different children show different symptoms depending upon their age and the degree or intensity of the disorder. However, a typical victim shows the following usual symptoms.

A lot may be quoted under it, but here are a few real-life examples.

These and many others show that children with expressive language problems speak a language that needs to be refined a lot.

The proper treatment of DELD depends upon how accurately you diagnose it. If you observe your child struggling with speaking and having issues while using the language, you must:

To make his diagnoses more authentic, the therapist may also recommend:

Having diagnosed the disorder properly, you must now move to get it treated professionally.

How to get the ELD treated and recovered?

No treatment option can cure it in a day or two. This is a slow process passing through long sessions with the professionals. The overall treatment may include the following.

Following the above comprehensive approach will hopefully solve the expressive language disorder of your child as soon as possible.