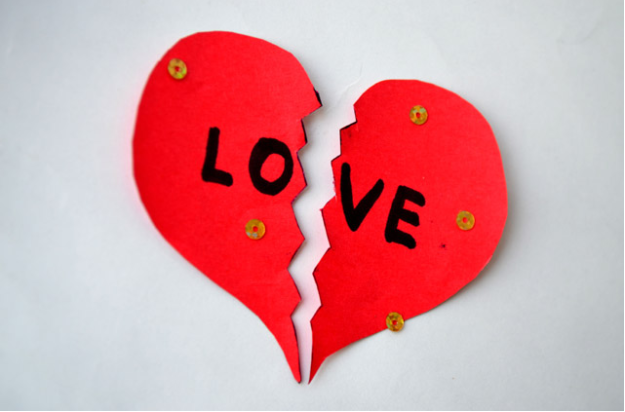 I think the biggest misconception about ended marriages is that it’s like a fireworks display. There are a lot of bangs and noise, huge signs that something big is happening. Then to cap it off it ends with a massive explosion. A thunderous eruption. But often that’s not the case at all. What’s hard to accept is that most of the time the signs that a marriage is over aren’t that clear. And, you can forget about that grand finale, thankfully. Usually the end of a marriage is like lighting a candle and then watching it slowly drain the energy and burn out. Quite a dark analogy perhaps but as someone who has been divorced I can tell you that’s what it felt like. However, that said I think if you look for them there are signs that your marriage is over. If you know what these signs are you won’t go through the pain and torment of trying to mend something that is broken beyond repair.

Perhaps one of the biggest signs that a marriage is no longer worth your time is a lack of trust. You may find yourself constantly questioning your partner’s motives. Or they might constantly be interrogating you. If that’s the case, it’s time to get out. Often, if you are suspicious of your partner they haven’t been unfaithful, yet. But the lack of trust drives them to do something stupid. However, if you already do mistrust one another, there is no marriage to save. This relationship is based on trust and without it, you have nothing.

I know a lot of people claim that with counseling a couple could work through an affair. There are lots of reasons thrown out on why this might be the case. For instance, some argue that if the affair was just sexual, it’s somehow less of a betrayal? Or, if it was a one-off or there were mitigating circumstances? Well, I must say I completely disagree. If a partner cheats the relationship is over. Even if you don’t admit it you will always be wondering if they’ll do it again or if they’ve already done it. You can’t keep a marriage strong on that type of foundation.

I think one of the most common signs that a marriage is over is just the fact that they no longer have any time for you. If they have the option, they’ll spend their evenings by themselves or with someone else rather than spending time with you. I’ve spoken to a lot of people about this, and they say they knew their marriage was over when their partner started to disappear after dinner. They never left the house, but they weren’t really there. Mentally they had clocked out, and life together had just become a chore.

I should say that not all relationships need romance to keep them healthy. Some work perfectly well without it and to have a strong marriage you don’t need romance. You just need love, trust and compassion. That said, if the romance in your relationship was there but suddenly or slowly disappears, let it go. You deserve so much better in life.

What do you do next? If you see the signs that your marriage has come to an end, you need to make it official. Otherwise, you can be tied to a partner that you no longer have a connection with for years. The first step I took was picking up the phone and speaking to an attorney. The divorce lawyer who helped me was understanding and knew what my top priority was as soon as I mentioned I had children. My children were always going to be my main concern. I wanted a divorce but I wanted to make sure it was as painless for them as possible. The lawyer helped me with this ensuring, they would keep my child’s best interest in mind.

After that, I had to sit down with my partner. It was a long discussion, but I think they knew what I felt. How could they not feel it too? We decided that we could try and fix the marriage, but ultimately a divorce would always be the best decision. There is no point staying in a loveless marriage, For this reason, the divorce was completely amicable and was handled quickly.

I still feel a hint of sadness when I think about my failed relationship, but I know it was for the best. The alternative option of staying with someone where there was no bond would have been far too painful.