Remembering a Wonderful Summer of So Many Changes

This Summer brought on changes for my family because we not only blended our family with the boyfriend and his children, but we moved to a new house. Having a lot of changes at once can be overwhelming for adults but especially for children of any age. That is why we worked hard to ensure this Summer was as fun as possible, and probably why we have more boxes still unpacked than I would like to admit. It was important to Lee and I to ensure our children blended together happily, while everything went really great at first, at the moment we have an issue with one of our children which may or may not be resolved with time and space as well as a listening ear. The summer though? The memories we made, while the times were great …. and I can only hope next Summer brings on less changes and more finances to get out to more places in the New England area. 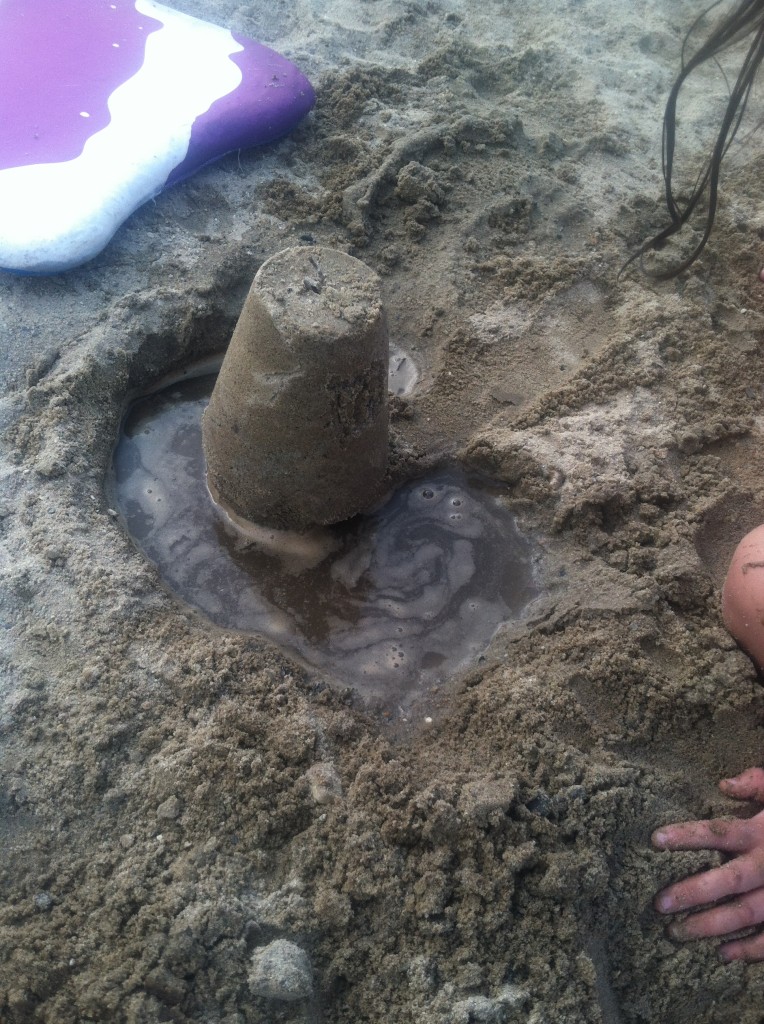 We built sand castles on our many trips to Sunapee State Beach. We went swimming out to the deep end of the Lake Sunapee while I watched the boyfriend cringe at first seeing his children so far out. I think after this Summer Lee has loosened up a bit when it comes to his children being out deeper than he originally was okay with. I wouldn’t ever put or let any of our children get in harms way on purpose, it was just something he had to let go with and he did, with time.

We all went on a day trip to York Beach, Maine where Lee’s kids had not been before. It was a nice treat for all while we splashed around and some swam in the Atlantic Ocean on that fine Summer day. We brought our lunches and snacks as well as drinks so it was literally just a day that cost us some gas, and with my new wheels it wasn’t that much in gas money spent. Memories were made, laughter was had. It was a wonderful time.

We had a water fight in the backyard one day when there wasn’t much gas to go anywhere and I had a blast watching as the boys chased each other around smiling, without fighting for once. They had such a blast just laughing their butts off getting each other {and me} soaking wet in the process.

We had a lot of days just hopping into the van and heading to VT for a swim at my Dad’s house where we would spend hours and I got a lot of exercise in that pool this Summer. The pool days were by far close to my favorite days, it was so much fun to watch how confident our kids were in the water. I also enjoyed racing with the boys across the pool. 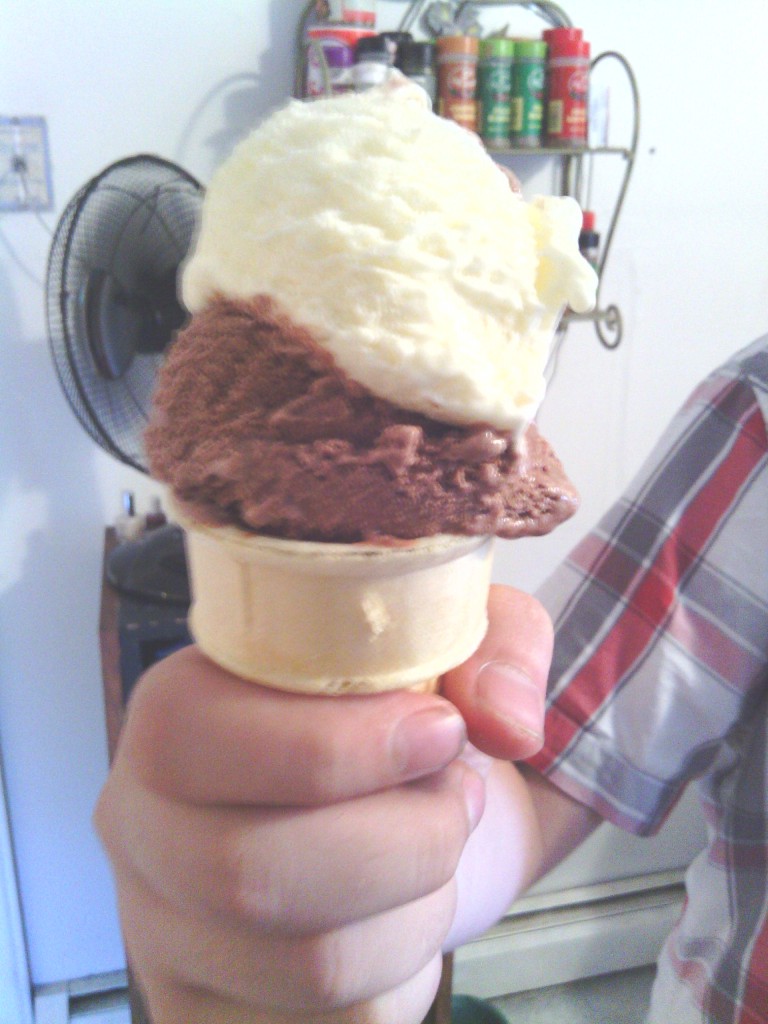 We always remembered to break for ice cream whenever the chance was there. While I am not a huge ice cream fan, the kids are and so is Lee so a nice, cold ice cream cone treat was always a yummy extra this Summer. 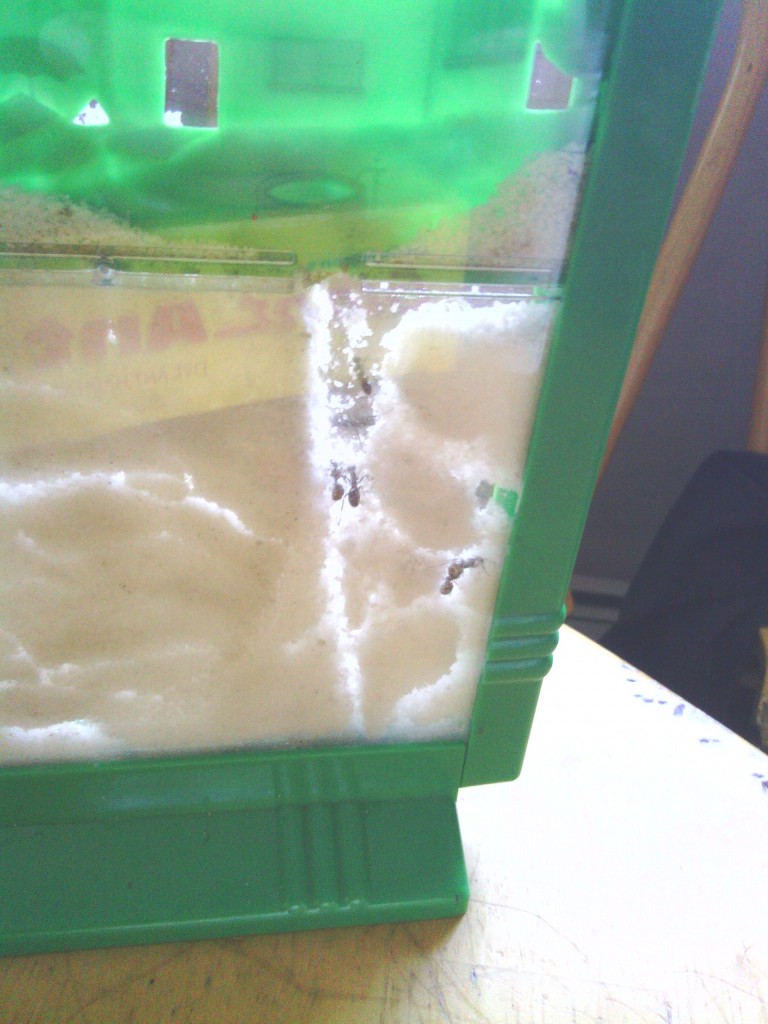 We became the proud parents of an Ant Farm as we won this at the local library during the Summer Reading Program, and I believe our ants have finally passed away though. They stayed alive in this ant farm a lot longer than I thought they would.

I started cooking from scratch using a $5 Dinner Mom cookbook as well as other recipes I found along the way. Above is the chili I made for the first time and it was well enjoyed. I love that the family is taking to my recipes because cooking from scratch is healthier, plus it allows for a lot of left overs, usually!

You can’t forget that I became an Auntie for the first time too, miss Olivia pictured above is seven months old there and currently. We were sure to get in as much ‘baby time’ as possibly this Summer in addition to our family fun times.

And lost but certainly not least, my Aj lost his first tooth. The big tooth is already growing in as shown here, he has anther loose tooth to the right of this one with the adult tooth coming in behind it, so we will see if that comes out soon! The tooth fairy brought him $1 for his first tooth, he was so happy.

Of course, our families did a lot together as a blended unit of one this Summer, but I can’t even begin to share everything in pictures. We took hikes, we went swimming in various places, we played board games, video games and we simply spent the Summer getting the kids introduced and hoping to find a way to get the kids to understand “family is not just about blood”, while blood family is totally awesome, sometimes in life you are introduced to a new way of living; such as a blended family unit where no matter what you are welcomed as if each and every one of you grew up together. That is the type of family life Lee and I are trying to promote; the fact that when all people are here or away, this is part of their “real family” too. I look forward to seeing where this year leads us … altogether!

1 thought on “Remembering a Wonderful Summer of So Many Changes”