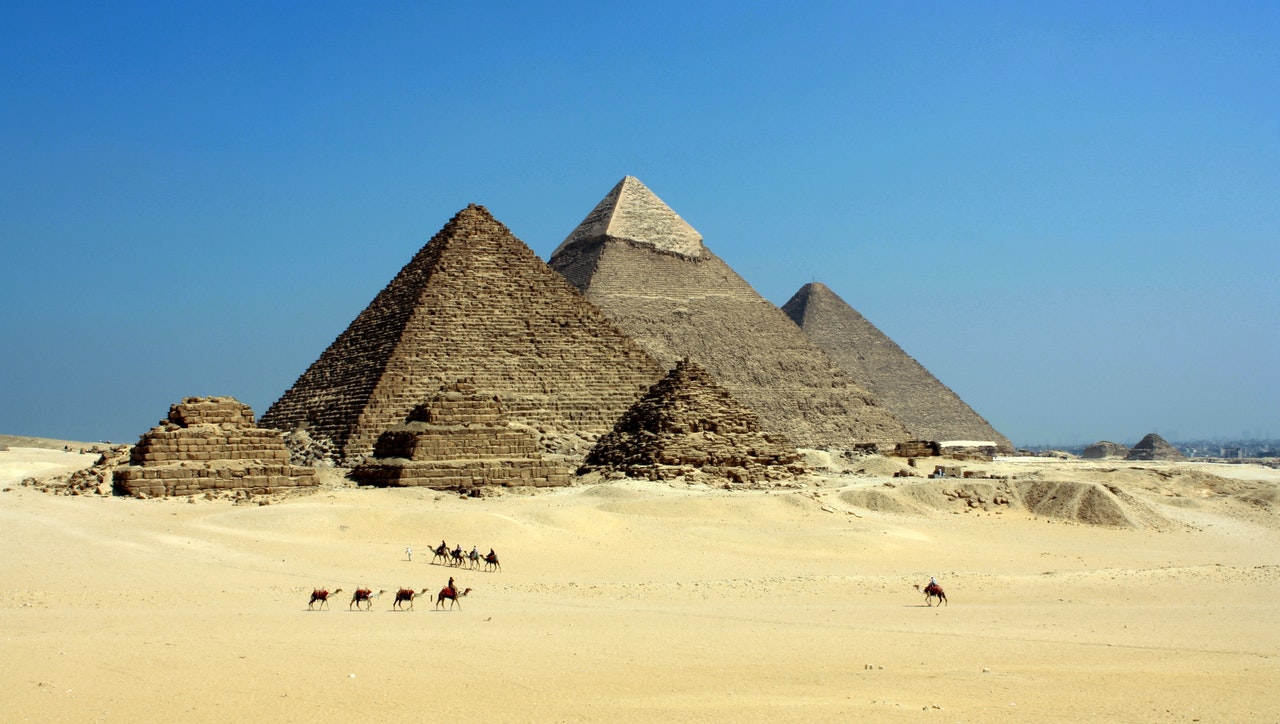 Ultimate Guide to Egypt for the First Time Travel with Children

Middle East Asia is a popular tourist destination for enthusiastic travelers all over the world. This region comprises several countries, among which Egypt is the foremost name to be mentioned in all tour packages of the Middle East. Ready to experience once in a lifetime? Please check out my Ultimate Guide to Egypt for the First Time Travel!

Egypt is a fascinating country that joins Middle East Asia to Africa, as it is situated in the northeastern part of this continent. This country is well-known for pyramids, which are wonderful architectural pieces built during the reign of different Pharaohs or kings of ancient Egypt. Several dynasties had ruled this country in primitive times, leading to many wonderful constructions along the bank of River Nile that flows through this country.

When to Go to Egypt with kids?

March, April, and September can be considered as the best time to visit Egypt with kids, as the weather remains mostly favorable during this time. The temperature remains comfortable during the daytime in these months, for which kids can enjoy various water sports in the waters of the Red Sea. The summer between May and August is very hot and humid, which can be uncomfortable for kids while winter nights are chilling from October to February.

How Much Does it Cost to Travel to Egypt with kids?

A tour to Egypt is not too expensive when a family plans a vacation there with their kids. It is much cheaper than touring European countries, Australia, New Zealand, or the USA. It is normally seen that a 10-day tour in Egypt including a cruise in River Nile and other travel expenses is affordable for common people. A person can enjoy a vacation in Egypt by spending averagely $37 during the off-seasons while this expense may go up to $71 during the peak tourist season.

What to Pack for Kids Traveling to Egypt

When a family travels to Egypt with their kids, they need to pack many essential things for the comfort and good health of everyone. They should pack sufficient clothing for every member, mainly for kids who may often spoil their clothes and need more. If they visit Egypt in winter, they need to pack cardigans, jackets, gloves, and caps while they should carry light clothing for a vacation in spring or summer.  The backpack for kids should contain a hand sanitizer, torch, tissues, binoculars, lightweight games, headphones, and a tablet for older kids.

How to travel to Egypt with Kids?

Cairo International Airport is linked with all major cities of the world by several flights. Though there are land routes from some neighboring countries, most tourists prefer air routes while visiting this ancient country with their kids. Direct EgyptAir flights are commonly preferred by tourists from the UK, Ireland, Canada, the USA, due to cheap flight tickets and comfortable in-flight arrangements. So it is best to book the flights of this popular airline from its website, by mentioning the scheduled date, city of departure, and the flight class.

When a tourist arrives in Egypt, it is best to buy a new SIM card that is operational in this country to avoid high roaming charges while calling back home. Flexiroam X and SimCorner are two international SIM card providers in Egypt, whose prepaid SIM cards can be used in other countries as well. Vodafone, Orange, and Etisalat are the three prime telecom companies operating in this region. One may buy data packs from any of these telco providers, according to their needs of surfing the internet during this vacation.

Safety in Egypt traveling with kids

Normally, Egypt is considered to be a safe country for tourists and their children. Since it is a very poor country, some people may aim in earning more money from foreign tourists through fraudulent practices. Moreover, terrorist activities are also increasing in this region, for which various countries have issued safety guides for their citizens in visiting Egypt.  Tourists need to learn a few Arabic words and also teach their children, to communicate with locals in the case of any danger and rely only on their hired guides.

How to Get Around in Egypt?

There are different modes of public transport in Egypt, to move around this country. All Egyptian cities are connected by domestic flights, buses, and railways. Tourists should obtain permits for traveling to the desert areas, by showing their valid documents. Since timetables at railway stations are provided in Arabic only, tourists need to depend on their guides. There are also service taxis with fixed fares, which can be arranged by hotel authorities. Rental cars are also available for tourists, with or without drivers.

What to see in Egypt with kids?

Pyramids are the greatest attractions of Egypt, among which the Pyramid of Giza with the mighty Sphinx is counted among the Seven Wonders of the Ancient World. Tourists cannot miss visiting the Karnak Temple and Memorial Temple of Hatshepsut in the Valley of Kings in Upper Egypt. Since Egypt is an Islamic country, there are several famous mosques, like the Al-Azhar Mosque and the Sultan Hassan Mosque. Alexandria, Saqqara, and Aswan are historical sites of Egypt while South Sinai is a spot for entertainment.  Tourists should also visit Abydos Temple, St. Catherine’s Monastery, Abu Simbel, and the Egyptian Museum.

Also Read: How Traveling Can Help And Inspire Interior Designers

Medicines and health care in Egypt

The public healthcare system in Egypt is not of a satisfactory standard, for which public hospitals are mostly avoided by rich Egyptians. However, the private healthcare system is highly developed with expert doctors, nurses, and other medical staff. Medicines are available in leading pharmacies for 24 x 7 hours and will be delivered in hotels if asked.

Typical Egyptian cuisines comprise of Ful medames, Kushari, Molokhiya, and Feteer meshaltel. All these dishes are cooked with various vegetables and fruits available in the Mediterranean region. Non-vegetarians can enjoy kebabs and koftas made of beef or lamb meat. Onions, garlic, and many herbs are abundantly used in all cuisines of this country. Varieties of tasty Egyptian desserts should also be tasted by foodies.

Go for shopping with kids

Tourists have several places to go for shopping in Egypt. They can take their kids to Khan Al Khalili, Souk-al-Gamaal, Han El Halili, Souk El Ataba, Shariya Khayamiya, Tent Market, and Festival Shopping Mall in Cairo. However, Lotus Bazaar in Luxor, Sharia El Souk and Aswan Souk in Aswan are also great shopping sites for tourists and their children.

People in Egypt & the culture of Egypt

Egyptian culture has an ancient history, referring to the hymns and mortuary texts written for dead Pharaohs of those times. Tourists are expected to give affordable ‘Baksheesh’ or rewards for extra services given to them. Egyptians are very conservative and thus, tourists should behave according to local customs. Foreign women should be more careful and stay with their families while touring Egypt, mainly in rural areas.

Where to stay in Egypt?

There are plenty of luxury hotels, resorts, and guesthouses in Cairo and other Egyptian cities. Tourists also enjoy staying in camps while visiting desert areas. All hotels provide comfortable accommodations, which can be booked online before coming here.

Kids enjoy the vacation with their parents and other family members in various exciting locations in Egypt.