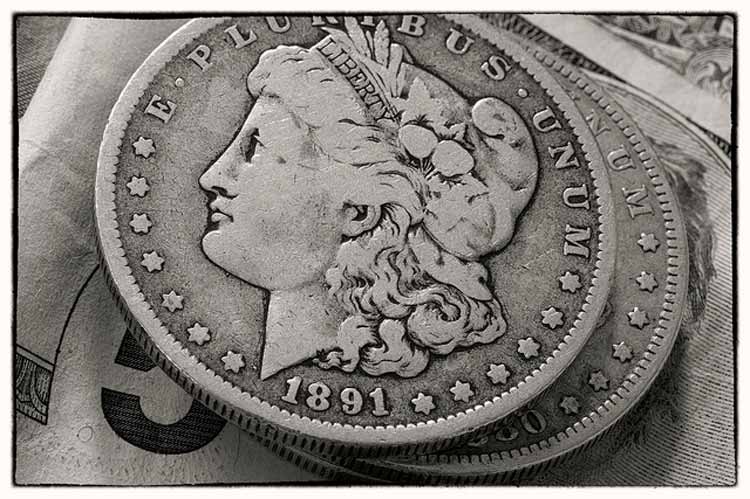 What You Need to Know About Morgan Silver Dollars

Morgan silver dollars are catching on among coin investors because they don’t cost too much for beginners and they always earn their owners a decent return. All that and looks too!

If you’re looking into Morgans then even though they’re a safe bet, you shouldn’t just jump into it without doing your research. As with any investment in a physical commodity, you’re working against the profit drive of the dealer, inflation and the vagaries of the coin market itself.

Before you do anything, you need to understand that Morgans with a common date and graded anything less than AU-50 will only sell for their bullion value. That is, of course, unless they were one of the Carson City mint series. Most of the Morgan silver dollars never made it onto the street because the US Mint made way too many coins – more than was actually needed back in the 1800s.

The US Mint, in fact, produced over half a billion Morgan dollars from 1878 to 1904, with nearly three-quarters ending up melted down without ever going into circulation. Many of the remaining dollars didn’t even leave the Treasury vaults until the 1960s. If you want to find out more about Morgan silver dollars then you can do just that here – it’s worth the effort because they have quite an interesting story behind them.

The upshot is, however, is that uncirculated Morgans are hardly rare, so they may work best for beginners.

Read Up as Much as You Can

One problem that a lot of newbie coin collectors face is shady dealers trying to convince them that mint state Morgan dollars from common years are valuable solely because they’re in a mint state. Check out the years to find out the truth – mint state or not, that coin might not be worth as much as the dealer is promising you.

Most of the Morgans were uncirculated, so they tend to be in higher grades than most other types of coin anyway. This means that to find the really valuable ones, you’ll have to aim higher than you normally would. In an ideal world, you’d be buying Proof coins, but if these are outside your budget, try high-grade MS-65 ones; they’re rare, but will do well for you.

Make Sure You Trust the Grading

Not just anyone can grade a coin. Even if they’re honest and trustworthy, the grader might not be using the same criteria as everyone else and the slightest difference in grading can translate into hundreds of dollars’ difference. Coins that have been graded by the Numismatic Guaranty Corporation (NGC) or the Professional Coin Grading Service (PCGS) are the most trustworthy because these bodies have very objective, strict criteria. They’ll cost you more, but you’re paying for reliability.

As Soon as You Get Your Morgan Dollars, Put them in their Vault

When you either collect your coins or you have them delivered to you, you should store them securely straight away. Some dealers will offer to store your coins for you but this isn’t a great idea – you can’t be sure that their vault is secure, or in the worst-case scenario, whether the coins actually exist.

You should have your own vault or safe, ideally, but if you don’t have one, then a safety deposit box in your bank is best. Don’t forget, you’re investing in coins so you can retire well, so make sure they’re safe!