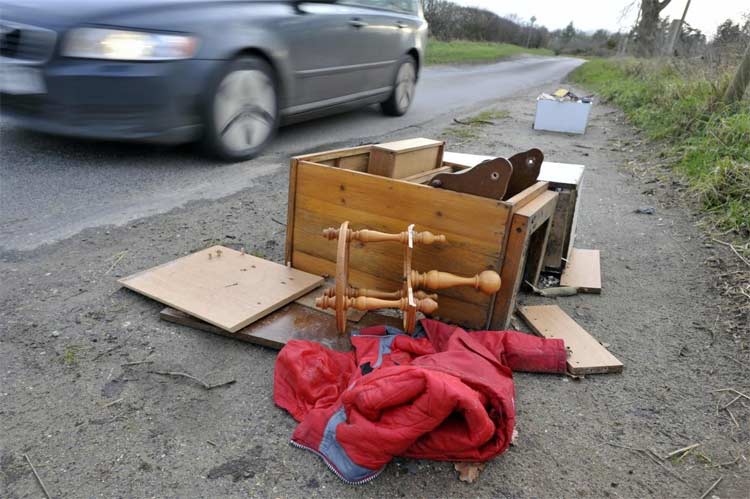 Rubbish Clearance News: Just How Bad Can Fly Tipping Get?

In the UK, fly tipping rubbish clearance is considered a serious crime, punishable by up to a £50,000 pound fine and or up to twelve months in prison, if the offender is convicted in a Magistrates’ Court. If the offender is convicted in a Crown Court, there is no cap on the fine and the offender may serve up to five years in prison. However, even though these are the guidelines, in practice, only a small percentage of fly tippers ever get caught and most of the ones who do pay a much lower fine than the maximum and rarely go to prison.

There’s a lot of disagreement among UK officials and citizens as to how much of a difference it would make to get tougher on these criminals who fly tip rubbish clearance on the side of roads, in parks, in business parks, and on other people’s private property. Some people argue that raising the fines and putting more fly tippers in jail would curtail the illegal activity, which is a financial strain on local councils funded by taxpaying citizens and private property owners who have to pay out of their own pocket to clean up the illegally dumped rubbish clearance on their land.

Let’s look at a specific example, the Walsall Council, whose fly tipping occurrences were recently reported in the Express and Star.

Walsall is located in the West Midlands of England, about eight miles northwest of Birmingham. In 2017, this council received 4953 reports of illegal rubbish clearance, i.e. fly tipping. At a time when the central government is decreasing the funding that local councils receive, this council had to spend a whopping £426,000 pounds to clean up all the rubbish clearance fly tippers had illegally dumped! Within this illegal rubbish clearance were more than one thousand refrigerators and twenty-nine TONNES of tyres! That’s so much fly tipped rubbish, it’s actually hard for anyone to wrap their mind around it.

However, £426,000 pounds does not actually even begin to cover the true full cost of fly tipping within this one council. There are many hidden costs to dealing with the out of control fly tipping problem. These are in part due to the time and resources put into investigating and prosecuting these fly tipping crimes which are not that easy to solve. When a fly tipping culprit is positively identified by investigators as having put out illegal rubbish clearance, then the case is turned over to prosecutors. This means lawyers for the prosecution spend many more hours, at taxpayers’ expense, to prepare to try the case. The fines the courts take in no where near covers the actual cost!

Of course, there’s also the cost that cannot be measured quantitatively by money! There’s the blight issue with so many citizens having to endure the sight of the illegal rubbish clearance and sometimes smell its foul odour! There’s the cost of lowering the standards of an area where people tend to litter more and fly tip more if an area is already full of rubbish — and then what does that do to our kids who witness this in their very young lives? What future societal cost does that entail?

The Walsall Council points to “white van men” as the most common culprit for fly tipping. They typically use nondescript white vans with no logo or other identifying marks on their van to dump rubbish clearance from unsuspecting people who just think they’re getting a great deal on private rubbish clearance service. However, people are beginning to catch on to this ploy and realizing that if the price is too low, the men may not even be licensed to haul rubbish and they are likely not disposing of it legally.

To demonstrate to citizens how devastating fly tipping is, and what types of items get fly tipped, some of the rubbish clearance the Walsall Council collected was put on display in the parking lot of the Walsall Art Gallery. The goal was to persuade people to report more of these fly tipping crimes instead of just turning the other way! Officials are also hoping to get people to stop their own littering in public places, the “little sister” to fly tipping!

As a citizen, you can do your part to reduce fly tipping by hiring Clearabee as your on demand or regular rubbish clearance service. Clearabee is well known and well respected because they keep everything above board and professional. They are fully licensed and their haulers are fully trained. They provide way station receipts electronically so you can be absolutely sure your rubbish clearance is being taken to LEGAL places. Furthermore, and this is the best part, Clearabee recycles or reuses more than ninety percent of all the rubbish they clear. Their #1 goal, besides customer satisfaction, is to divert rubbish from landfills.