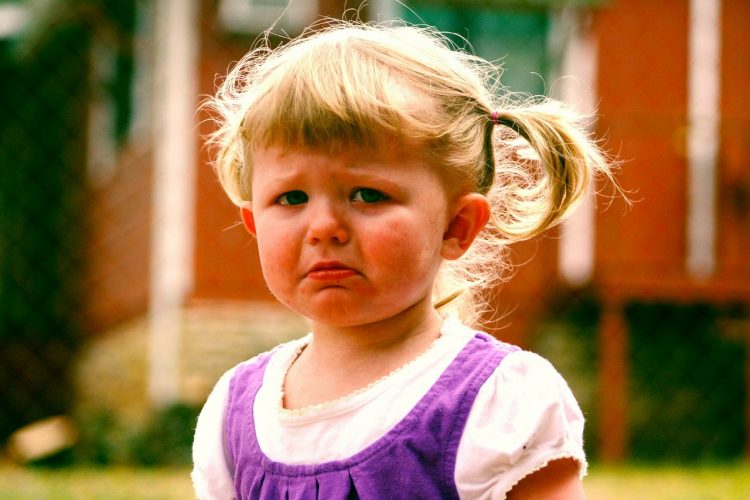 How To Diffuse a Temper Tantrum

Just about every parent has had a moment in parenthood when their child as done lost their mind; a legs flailing, arms flying, mouth screaming temper tantrum. Most say the year of the two’s are the worst, makes sense because this is a time when your child realizes that they have their own mind and can test the boundaries of their parents. In my experience the age of 4 and 6 were the worst, with my youngest it’s this age of four and with my oldest it was once she hit 6 that I found myself dealing with various parental testing, mind boggling temper tantrums. I had quite a few my own self dealing with these changes in my children, but then I realized the trick, what works to diffuse my child’s temper tantrum.

It was a long night, little to no sleep for the little guy when all of a sudden every thing you did as a parent set him into a whirlwind of whining, screaming and hitting. The kid was stomping around as if you just told him the world was ending, a nightmare. The parent without the most sleep starts to feel their own self wanting to join in on this whirlwind of craziness but then it dawns on that parent that the “if you can’t beat them, join them” theory may not prove to work in this type of scenario. That is when the parent pulls out the big guns, ignore the temper tantrum.

That’s right, you heard me, ignore the little temper tantrum throwing child. Sit back and make sure that the child is out of harms way and let that child throw their little fit of rage. Nine times out of ten if that child is ignored the fit will diffuse rather quickly, leaving the situation to resolve itself easily. Of course, if ignoring this child is only making things worse then maybe it’s time to give them a time out in a safe area and make sure that they serve one minute per age in a time out. Whatever you do, do not join in on the temper tantrum as it will usually only feed the fire more.

Tips on How to Diffuse a Temper Tantrum

These are tips that have worked for me and are still a work in progress, but hey isn’t life a work in progress anyways? Who’s to say everyone has a magic wand answer to parenting, but I am hoping by sharing my tips you will then share your tips below and we can all work together to support each other during the challenges that arise in parenthood.

2 thoughts on “How To Diffuse a Temper Tantrum”