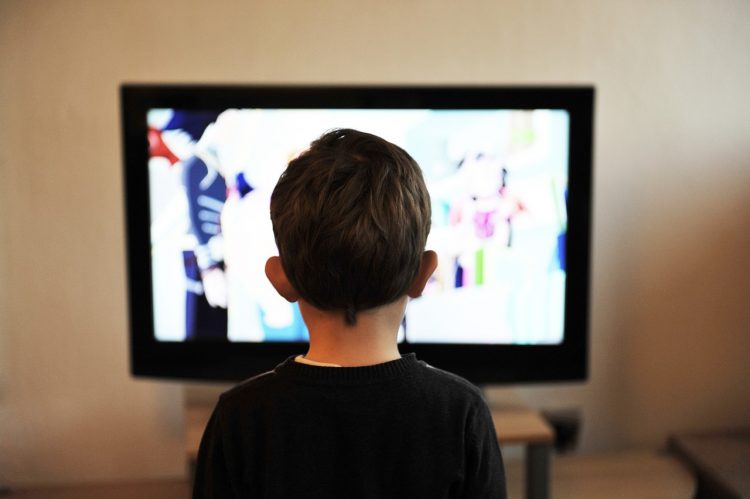 I Want More than TV Kids

When my daughter was a little one, television shows were monitored heavily. My daughter would have never, ever watched cartoons like SpongeBob Sqaurepants or other shows that I felt had no educational value to them. This was something I would not budge on with rules and if someone else watched what I felt was a “bad” cartoon in those days I would have freaked, yet now my sons can watch cartoons with little to no educational value such as Tom & Jerry, Roadrunner and more without me even batting an eyelash.

It’s so weird how becoming a mom for two then three times changed my views and opinions on what is okay to have on the TV. For instance, my five year old son is all about competitive sports, he would much rather watch a soccer game, monster trucks or WipeOut than watch a cartoon. My three year old is much like his sister was and has latched onto the more educational cartoons with a side of Tom & Jerry as well as the Roadrunner cartoons.

All three of my children are intelligent, they are smart and it shows in their daily behavior. Therefore I do not feel that cartoons have affected their ability to be intelligent, hence why I don’t go all insanely strict on what is on the TV. Of course adult shows and movies will not be something I let any of the kids watch because, well, that is just inappropriate on so many levels.

I have noticed that lately the TV has been on more and more, it’s like our living room full of toys and bedrooms full of toys I get through this blog are not enough to keep them away from the TV. I have been in arguments with my children over getting away from the idea of watching TV and playing with the toys instead. I even get creative and start to play with the Mega Bloks, Chuggington Trains and the Little People sets on my own to engage their curiosity about playing with these toys, but it fails more often than not.

For me, as a parent, I am confused as to when the TV became the family’s main priority in life. When did the kids start wanting to play video games, computer games or watch TV over running around outside or playing with their toys? I don’t know the answer to this question, other than maybe because life has thrown us some challenges the TV honestly was the only thing that suited the time we needed to deal with adult issues, but that’s no excuse.

I am ready to start enforcing play time, without a TV on for background noise. All I want to hear and see is the smiles and laughter of children using teamwork to play with their various toys they are lucky to have because of my connections with product reviews through this blog. No more TV family, this includes the adults, it’s time to get up, get active and start enjoying each other as family game time gets pushed as a main priority in our lives.