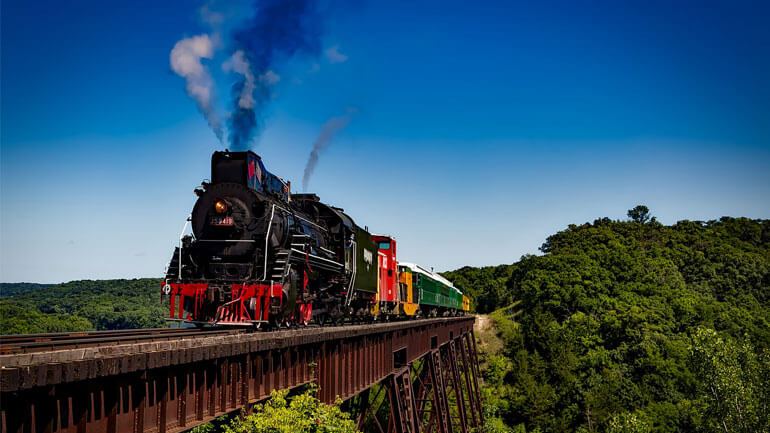 12 Fun and Unusual Facts about Traveling around the World

Touring the world is something that everyone dreams of throughout their lives. If the idea alone is good enough to excite you, imagine the action. While on the go, you get to meet different people, taste exotic foods and of course make friends. But then, that is not all. There are many unusual and fun facts about traveling around the world that you don’t know about, including:

Traveling does not just involve moving to a destination and enjoying everything it has to offer. It is about coming up with strategies. You need to think beyond if you are to make the right decisions all through your journey. However, you have to choose which meals to eat and how much to spend a night. You also get to decide what you can do to remain safe in a foreign country and how long you have to stay. All these things tend to expand your thinking, thus making you good at solving problems.

The more you travel, the more you become fast and sharp. Your mind starts racing with ideas, and if anything happens, you know how to solve it without making errors. That is why travelers often make the right decisions. They practically know what they should do and the route to take. They also know how to spend their money efficiently.

Nauru has the largest number of overweight population in the world

Yes, it may sound funny or rather sad, but Nauru, a small island in Micronesia, which is North East of Australia, has the highest number of the overweight population. According to reports and research studies in the area, 94.5% of the residents in Nauru are overweight. The average weight of the people living on the Island is approximately 100kgs or 220lbs. They also have a high average BMI, which stands slightly above 34. Remember, a BMI of 25 is overweight, and that of 30 and above is obese. This means that a considerable number of the population has overweight individuals. This is due to the sedentary lifestyle that the people of Nauru have. It is due to the resources from the mining activities.

Each family receives a share from its mining revenue, and for a long time, people don’t see the need to work. This makes them sit around and enjoy foods from western countries. The situation is alarming, and one of the worst health situations in the pacific regions.

Salting food after serving is rude in Egypt

The land of the Pharaohs is ever making headlines with its unique culture and unusual traditions. It is the place where pyramids exist, and famous rulers such as Cleopatra are still influential. Some of the things that often raises eyebrows include the seasoning of food after serving. Once the cook serves a meal, you are to enjoy it without adding any salt. Even if salt is not enough, you are to abide by the rule and continue enjoying the delicacy salt less. It is a strange tradition that most travelers try hard to remember so that they don’t end up annoying or disrespecting the locals.

Remember, the people of Egypt are always welcoming and very friendly. That, however, only happens if you stick to their rules and obey their traditions. So, if you decide it’s time to pay the Pharaoh’s land a visit, make sure you don’t salt your food under any circumstances.

Mongolia has the least population in the world.

Mongolia is the 18th largest country in the world and also the country with the least population. It borders Russia to the North and China to the South. What is unusual about Mongolia is neither its size nor its location; it is its population. Mongolia is one of the countries with the least population on earth. If you analyze the low population of Mongolia to the country’s size, you find that people live far from one another. That means that before you get in touch with your neighbor, you have to walk for quite some distance.

For you to remember the beauty and uniqueness of Mongolia, one can carry an elegant carte du monde à gratter and get their memory preserved. It is the best thing that will remind you of the place better than anything else. It will also give you a quick view of the countries you are yet to tour so that you can make the necessary arrangements.

Switzerland is the country where people consume the most chocolate

It is everyone’s wish to live in the land of milk and honey, but have you ever thought of living in the country of chocolate? If yes, then you should know that Switzerland is the country where the consumption of chocolate is more than that of any other country. In Switzerland, the average use of chocolate per person in a year is 22 pounds. It is a much higher amount of chocolate given that in some countries two people can’t eat that much in a year.

You should also know that since it is the land of chocolate, it is also the largest chocolate exporter in the world. Swiss commands respect in the chocolate production arena. It produces dark, white, and milk chocolates. What makes it strange is that Swiss imports some of the crucial ingredients for making chocolate like cocoa and sugar. So far, the fast-growing Swiss chocolate brands are Nestle SA, Milka Swiss Chocolates, Chocolate Frey AG, Gottlieber, and Lindt AG, among others.

France receives more visitors than any other country on the planet

France is a fascinating country with cities like Paris, making headlines every day. The place is vibrant, with cultural and architectural advancements, and it is also one of the most stylish countries in the world. Among the many interesting traveling fun facts, one is that people visit France more than other countries. It is not surprising at all since the nation is always a tourist magnet. This is thanks to its fantastic landscape and many tourist attractions sites as well as its cultural, architectural structure, the Eiffel tower. It is also the place where some of the best designers originate. These include Pierre Cardin, Yves Saint Laurent, Roger Vivier, Louis Vuitton, Coco Chanel, Givenchy, Jean-Paul Gaultier, Chloe, Hermes, and Theirry Mugler, among others. All these people inspire upcoming fashion designers across the world, thanks to their ideas. Paris is also the place to be whenever there is a fashion week.

Some parts of the Great Wall of China are sticky rice.

The Great Wall of China is an architectural icon and one of the most popular features in China. The wall gathers praises with some great people stating that it is the only artificial structure that you can see from the moon. The wall has several sections and different materials, such as bricks, tiles, and even earth. What you don’t know is that some parts of this wall are sticky rice. The sticky rice makes the most secure area of the wall. It may come as a shock to you, but it is a fact that has proof. The construction of the wall is always an exciting story. The wall runs for more than 100kms and covers a more significant distance.

France has more time zones in the world

France is a diverse country with many great cities. Apart from having a considerable number of tourists, France is also the only country with more time zones. The county has a total of 12 time zones that span all over its overseas territories. It means that while you are in the country, consider setting your time to conform to the time zone of the area you are visiting. Some of the territories that the country has to include Guadeloupe and Martinique, which are in the Caribbean. There are the Mayotte and reunion, which are in the Indian Ocean, and there is the French Guiana in South America. These areas have different time zones, and they also have specific rules that govern them even though they are overseas territories of the French nation.

Canada is the home of lakes

Despite having many mountains such as the three sister’s mountain ranges, Rocky Mountains, Mount Robson, and Mount Edith Cavell, among many others, Canada is famous for having even more lakes. It is the only country on the planet whose water bodies cover a considerable percentage of the earth’s surface. It also has lakes that are saltier than oceans. The lakes in the country cover 9% of Canada’s surface. This, in turn, constitutes 60% of the total lakes available on earth. For any traveler who wants to see a vast number of water bodies in one area, simply go ahead and visit Canada. Some of the famous lakes in Canada are Lake Ontario, Lake Huron, Great Slave Lake, Moraine Lake, Lake Winnipeg, Lake Superior, and Lake Erie among others. It is also home to the world’s eighth-largest lake, the Great Bear Lake.

You may be wondering why your country has only a few rivers, while others have more than enough. Wait until you hear about one of the crazy travel fun facts about Saudi Arabia. This country doesn’t have any rivers whatsoever. It only has bare land. However, one of the largest sovereign states in the Middle East. It is also the second-largest Arab world after Algeria. Saudi Arabia, however, relies on underground water. Desalination no longer works since the process is energy-intensive, making it hard to perform it; thus, numerous water projects are on the rise in the country. The fact that Saudi is a dessert makes the situation even worse. It is on the list of the top 5 countries without water in the world.

China has more than 1billion citizens. This is approximately 18.59% of the world’s population. One of the main factors leading to a high number of Chinese is a high birth rate. With those people, the country is barely enough for the population. That is why more than 39million Chinese are all over the world in different countries. Some of these countries include the United States, Kenya, and Nigeria, among many others. As soon as the Chinese New Year reaches, more than three-quarters of the population in Diaspora travel home to spend time with their families. This migration is always too big, making it the world’s most significant migration than any other migration in the world. The airline industry is ever booming with Chinese citizens from all over the world, taking tickets to fly home. The movement is much bigger than that of the wild beast in East Africa.

The shortest flight is from Papa Westray to Westray

As other people take more than 12 hours to travel from one destination to another, others take only a few minutes. But what is astonishing is how long the flight from Westray to Papa Westray takes. The place is a distance of 1.7miles covered with sea and land. Each trip lasts about 47 seconds. It means that you get to take less than 5minutes to travel both to and back. That is if there are no delays. This is way shorter than the world’s longest flight, which is a nonstop flight from Singapore to Newark. The journey takes 19hours. The second-longest flight is one from Qatar to Auckland, which takes 17.5 hours. Other trips would have been longer, but they tend to use transits.

From the above information, There are indeed so many unusual fun facts about traveling. Each point seems to reveal something you did not know all along. Those are the fun facts that make you want to pack your things and start traveling so that you experience each personally. In case you are wondering where to get the traveling money from, remember than fact number 13 is that traveling is much cheaper than your monthly rent.