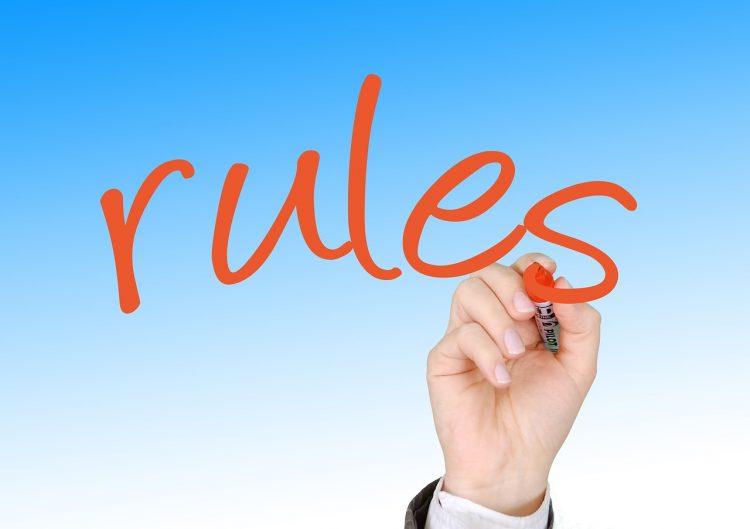 Learn to Follow the Rules to Succeed in Life

Rules. Down to the core, what are they other than limitations? Curfews, traffic lanes, and even the adherence to a strict bedtime. These are all rules in one form or another, yet they all serve the same purpose. No, it’s not just to instill discipline, but it’s also to instill a sense of community.

See, in order for one to be allowed to associate oneself with a particular community, one has to abide by a certain set of limitations. These limitations come in the form of traditions and rules. This is where social identities are derived from. I say this because how else are you help a child establish his roots other than by teaching and enforcing rules?

Rules For Success In Life

These rules often have a hidden wisdom in them. Like in the case of adhering to curfews, which not only helps youth form a daily routine, but also helps them stick to a plan. This builds discipline and the ability to withstand the daily grind that they are bound to encounter in the later stages of their lives.

See, if a person is unable to withstand the daily grind, they tend to become resentful towards life and the system in which they find themselves. This is how crime comes to be — those who are unable to find a place for themselves in society end up trying to destroy it instead.

I am not, in any way, saying that we should teach our youth to follow blindlessly, for that is just as dangerous as being unable to follow rules. Obedience is able to help youth become conscientious dissenters as opposed to lawless rebels without a cause.

Baffling, I know. But keep reading. Because there is hidden wisdom here.

If the youth are exposed to rules, they are more capable of understanding the inner workings of rules — they are able to understand the purpose for which these rules were formed and for whose benefit (usually the people). And that experience is going to help them discern good rules from rules that are bad, which are to be met with dissent by all means.

They will be more able to detect when a certain rule that is being imposed upon society is harmful, which is a common obstacle in the realm of law. And if the youth are able to learn more about how rules work, they are better suited to create and impose laws later on in life.

After all, the highest form of rules comes in the laws that govern the land.

And well, going back to how rules are able to instill a sense of community, it cannot be more loudly emphasized when we talk about how we are given citizenship in exchange for our willingness to abide by the rules of the country’s constitution. The citizens are protected, given livelihood, and given identity by the state in exchange for their willingness to adhere to the laws.