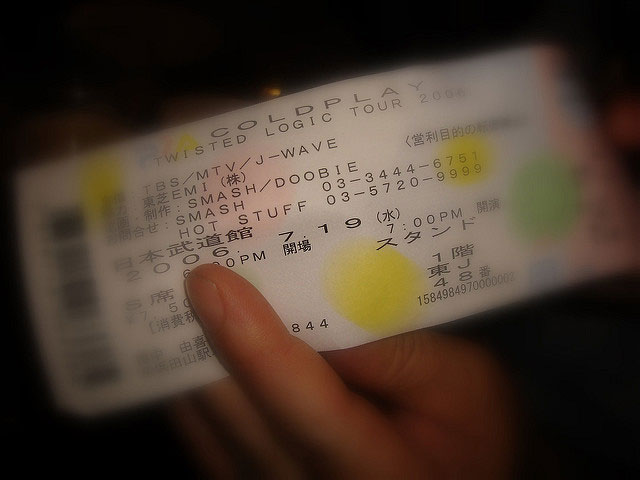 Brace Yourselves: New Waves Of Rock Are Coming In 2017! Where To Get Coldplay Concert Tickets?

Did you know that Coldplay’s Yellow is called that way simply because Chris Martin glanced on the Yellow Pages at a really inspirational moment of time? For all we know the song could have been called “An Apple” or “Samsung Dishwasher” or even “hey mate, what the plotty f***k are you doing with that dog?”

And, frankly, it wouldn’t even matter because “Yellow” is awesome and so is Coldplay. Alas they are not visiting other countries or ever Great Britain cities with tours too often. That’s why it’s great to know where to plan your next trip to.

This we are proud to present the following complete (as of now) lists of Coldplay’s tour destinations.

Where oh where will our favorite band be next year? There’s really no way to know for sure… unless there is. Just check out the following list and feel free to book sites and concert tickets. The later can be easily done on Ticket Crab.

Oh, what a glorious land of beer and precise accuracy! Did you know that Munich is the third largest city in Germany with the total population of 1.4 million people? That number will increase dramatically with a couple thousand Coldplay fans visiting the town for the show on June 6. Olympic Stadium at Munich – here we come! Ticket pre-sales are already on.

Additionally they will run their tour on the HDI Arena in Hannover and that show promises to be as stunning as they get! June 16 awaits!

Germany can be proud with a third city as well. You’ll have a chance to sing along to “Yellow” on the Red Bull Arena in Leipzig on June 14.

Oh, what can be more romantic that a sweet rock ballad about true love sang in Lyon, France? That same ballad sang by the marvelous Coldplay. Lucky for you ParcOlympicqueLyonassis opens its gates for rock fans from all over the world on June 8, 2017. Coldplay concert tickets pre-sales are already on.

Ye Ernst-Happel-Stadion in Vienna will host Coldplay on June 11. Pre-sales of tickets are as hot as fire right now so you might want to rush the purchase a little bit. All in all Vienna is a stunning city for sightseeing so, if not for everything else; you will get a chance to adore impressive architecture.

PGE Narodowe in Warsaw, Poland welcomes fans on June 18, 2017. Tickets are already available for pre-sale but a lot of them were sold within the first couple of days. What else do you need to know? Oh yeah, beer is considerably cheap in Poland.

Are you ready to rumble?

Attending your favorite show is now easier than ever. You don’t even have to leave the comfort of your house to book the tickets online. Just remember that a lot of them may be sold out by now. Time is of the essence!