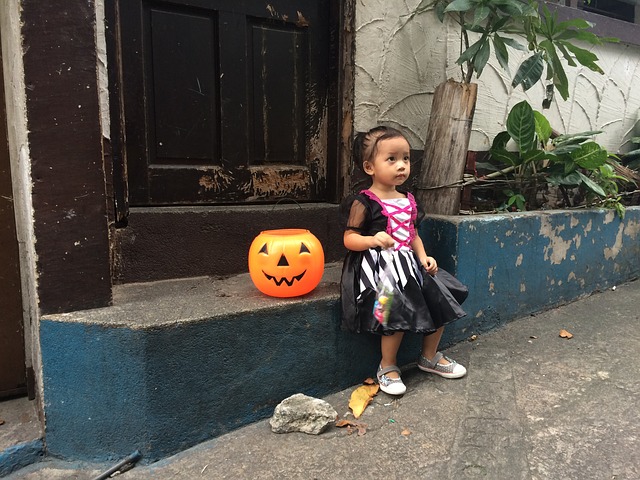 Six Ways to Save Money on Halloween Costumes

Is your family’s social calendar filling up this season? The autumn brings a wealth of holidays, festivals, children’s parties, and of course, Halloween – all of which often require costumes! We all love to play dress-up, but outfitting the whole family in costumes for each party can really add up over time. Here are six ways to cut costs on family costumes, whether they’re for Halloween or for other seasonal festivities

Before you spend any money at all, why not try to get some new costumes for free while getting rid of the ones you don’t need at the same time? A good way to do this is to arrange a swap with your neighbours or friends, particularly those who also have children around the same age. If you want to get even more ambitious, you could arrange a larger-scale swap at the library or community centre.

Even with swapping old bits and pieces of costumes, you still might need some new elements to put your look together. Before you head out to the nearest party store in town, try shopping online first to get a feel for what’s out there. Costume sites like Funidelia often have better prices that brick and mortar retailers, or you could shop via merchants like eBay or Amazon to garner steep discounts.

If you leave your shopping until the week before Halloween, you’ll be paying for your costumes at a mark-up. Consider shopping a few weeks in advance, or even just after the holiday has passed. Autumn brings with it a number of harvest festivals and other occasions for costumes, so think beyond Halloween and be ready to swoop in after the 31st for the best deals.

Have your kids outgrown their old costumes but left them in great shape? You could try selling them on sites like eBay or Craigslist. Another option is to take them to consignment stores, where you’ll be able to get some cash to pay for a brand new Corpse Bride costume from Funidelia!

Do you have a full brood where costumes can be handed down, or are your kids at the age where they’ll want to be the same thing year after year? Buy your costumes a size too large and you’ll be able to reuse them.

Remember good, old-fashioned paper coupons? You may still use them to do the weekly grocery shop, but many retailer now take electronic discount codes as well. Rather than turning to the Sunday paper to cut them out, the best place to look for these is on retailers’ social media accounts. Follow Twitter, Facebook, and Snapchat to gain access to coupons and discounts that you wouldn’t otherwise find.

Preparing for autumn costume parties doesn’t have to leave you broke for the rest of the holiday season! Just shop around and reuse costumes whenever possible, and you’ll be left with happy kids and more money in your pocket.

27 thoughts on “Six Ways to Save Money on Halloween Costumes”