How Win The Battle of Teeth Brushing with Children

Each evening, when the sky has turned dark and it’s time to start the ever lasting bedtime routine with the kiddos, it seems there is more than one argument going on about bedtime routine but the most important task that needs to be completed seems to be the worse battle of my day as a parent; teeth brushing. What’s more worse? The morning battle to get the kids to brush their teeth before school. 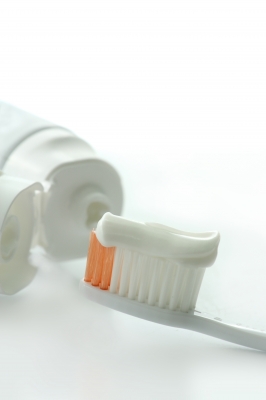 If you have children who battle you about teeth brushing, then maybe my tips will help you get your kids to start brushing their teeth twice a day {at least} to ensure they don’t suffer from tooth decay. Here are my tips on what not to do and what to do, based on personal experience with my three kiddos:

**Kids DO not Care About Having Black Teeth

When I first started trying to win this battle of teeth brushing, I told my sons that their teeth may turn black if they do not brush twice a day. I went on to show them my silver cavity fillings and explained that a needle goes into your mouth to numb you and then they fill your tooth after drilling it out. This attempt at a scare tactic did not work. The boys were more interested in rotting teeth now because they could have a cool silver filling in their tooth. Sigh.

**Brush Your Teeth Together as a Family

Making teeth brushing part of a family activity each morning and night may really help to boost your child’s awareness that it’s not only important for them to brush their teeth but also for adults. They will have fun seeing who can brush the longest, aka win the race of teeth brushing while watching you brush your teeth with white tooth paste film all over the place. Making chores of any sort a family activity really helps unite the family bond too.

**Do Not Compare Siblings Skills of Teeth Brushing

I sometimes make the mistake of saying “so and so brushed their teeth soooo good, now can’t you do that too?”. One thing siblings do not like is being compared to or having the pressure of living up to, one of their siblings. Try to refrain from comparative comments and just stick with encouraging sentences that will help your child brush their teeth twice a day without having to nag them.

If your children are as argumentive as my sons were in the beginning with brushing teeth twice a day, you may wish to consider adding it on a chore chart as part of their daily tasks to get done. Once my sons knew they would get a check mark on the chore chart for brushing both morning and night, they were all about brushing their teeth.  Although, I would normally not recommend daily tasks being considered “chores”, it really helped to get my sons on track with brushing twice a day.

Overall, teeth brushing has become less of a battle these days, after I followed my own advice listed above. The boys will now, usually, brush their teeth in the morning with me as well as night. My daughter is also more inclined to brush her teeth regularly again, after getting her spacer put in, she seemed to start declining interest in teeth brushing because her “mouth always smells anyways from the spacer”.

Each tip above worked for all three kids who are ages 9 and below, what tips do you have for older children?